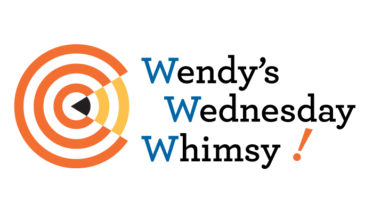 As part of my daily routine, I keep an eye on a variety of news sources for ideas and inspiration. There’s the financial beat, of course, but I also have been known to wander farther afield, since I never know where the next “Eureka” is going to be. There’s wonder to be found in whimsy, any day of the week.

Here are a few of my favorite finds that seem too fantastic to be true … but they are. You may find them handy for using in a post of your own sometime.

This is a somewhat dated piece but it’s stuck in my mind ever since I read it: Austrian Woman Destroys Million Dollar Fortune Rather Than Pay Out Heirs.

“Taxgirl” and Forbes columnist Kelly Phillips Erb shared this tale of a grandmother who took every Euro she owned (worth more than $1 million USD), shredded it all, and left the pile on her bed in an attempt to avoid passing the money on to her grandchildren. The painful irony was that Austria’s central bank indicated it would be willing to honor the inheritance anyway if the family could present the wreckage for replacement.

Erb’s column is an ongoing source for these and other tax-law oddities. As Erb observes, “Paying tax is painful but reading about it shouldn’t be.”

(By the way, you may have trouble accessing this link. Blame Forbes, not me, as all of their archived content can be tricky to get at. Click on the link here or above. If it takes you to a general Forbes landing page, try clicking on the link a second time, or copying and pasting the hyperlink itself into your browser. That should do the trick. Aargh.)

Just When You Thought Fiduciary Duty Couldn’t Get More Complicated …

It’s official. A plan participant can be a plan fiduciary in her own plan, and get in trouble for not fulfilling the role with respect to what was (sort of) her own money. A New Jersey U.S. District Court ruled as such when a plan participant received an erroneous payout of more than $200,000 when she left the company and, at least as of this June, refused to give it back. While it’s not surprising that the money is due back, it’s intriguing pretzel logic that it’s because she is deemed a fiduciary over the “finders keepers” assets that she should be so obligated. It would seem that the general rules of common decency should suffice.

Okay, this last one actually appears to be fiction, riffing on the stranger-than-fiction Pokeman Go craze. I’m including it anyway, hoping that somebody will make it a reality. Are you game?