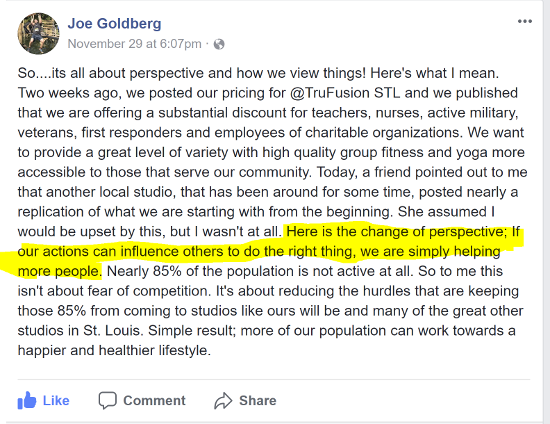 END_OF_DOCUMENT_TOKEN_TO_BE_REPLACED

A question I often hear from advisors: How long should my videos be?

So, first, if you’ve got any prancing baby goats handy (and you’re frittering away your time on Facebook), I’d say the sky’s the limit.

But let’s say you have to resort to actual information. Then what? Opinions vary. A lot.

END_OF_DOCUMENT_TOKEN_TO_BE_REPLACED

As we reflect on the outcome of yesterday’s presidential elections, you may enjoy a reminder that, big picture, the world has a way of continuing to turn, come what may. My personal inspiration came last week when I took a little longer than usual to knock off for the day, scheduling a 6 pm Skype with a new friend I’d recently met: Phil Stockton of Private Capital Ltd.

BREAKING NEWS: As I was putting together this week’s whimsy, I was delighted to see that my British communications colleague and Evidence-Based Investor author Robin Powell published a podcast conversation between us. In “What’s With the Name?” we explore the origin and meaning of Evidence-Based Investing. I also happened to mention my conversation with Phil toward the end. I do hope you’ll give the show a listen. We’re all one, big happy global family!

Now, back to my own post: I was willing to delay happy hour last week, because my Wednesday evening was Phil’s Thursday morning, and another busy day for him as he and his partners Rick Adkinson and Mathew Bate are spreading the mostly unheard-of word on evidence-based investing to families sorely in need of hearing more about it – in Hong Kong.

END_OF_DOCUMENT_TOKEN_TO_BE_REPLACED

Check out our NEW strategic alliance with Social Seed Marketing's "Set It and Forget It" communications program!Learn More